You do not need to be religious to have an Angelic Reiki healing.  It is based on the universal laws of quantum science and recognises that all is energy with potential.  The potential is activated by intention and a willingness to allow for change.
Angelic Reiki is a form of energy healing that uses symbols in common with other Reiki systems but is set apart by using the Divine vibration, which comes via the Reiki symbols and attunes the healer and receiver to their Soul energy.  It is the Angelic vibration being used which is an extension of the Godhead that makes this possible.
Reiki symbols are based on sacred geometry a form of organisation of particles that are at the basis of all life.
When healing is instigated using this system, both the healer and receiver become channels for a downpouring of Soul energy, which raises their consciousness.  For the receiver, this enables any old thought forms not in tune with the Divine blueprint vibration to become released and transmuted to a higher vibration and this harmonises at a physical, emotional and mental level of the being as well.
You do not need to do anything but be open to receiving healing, which is often experienced as a much more relaxed state which can also lead to relief in mind, body and emotional states.
Follow us to get the latest updates. 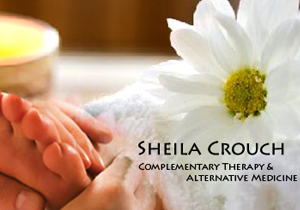 Stress has been recognised as the main cause of 75% of ill health, relationship and family problems.

I can design a programme of treatment to help you and your family.
Why put up with aches, pains, tension, anxiety and stress when you could feel more relaxed, happier and mobile.

Why not take advantage of this opportunity to start feeling better today, with a highly experienced, fully qualified and insured holistic practitioner?